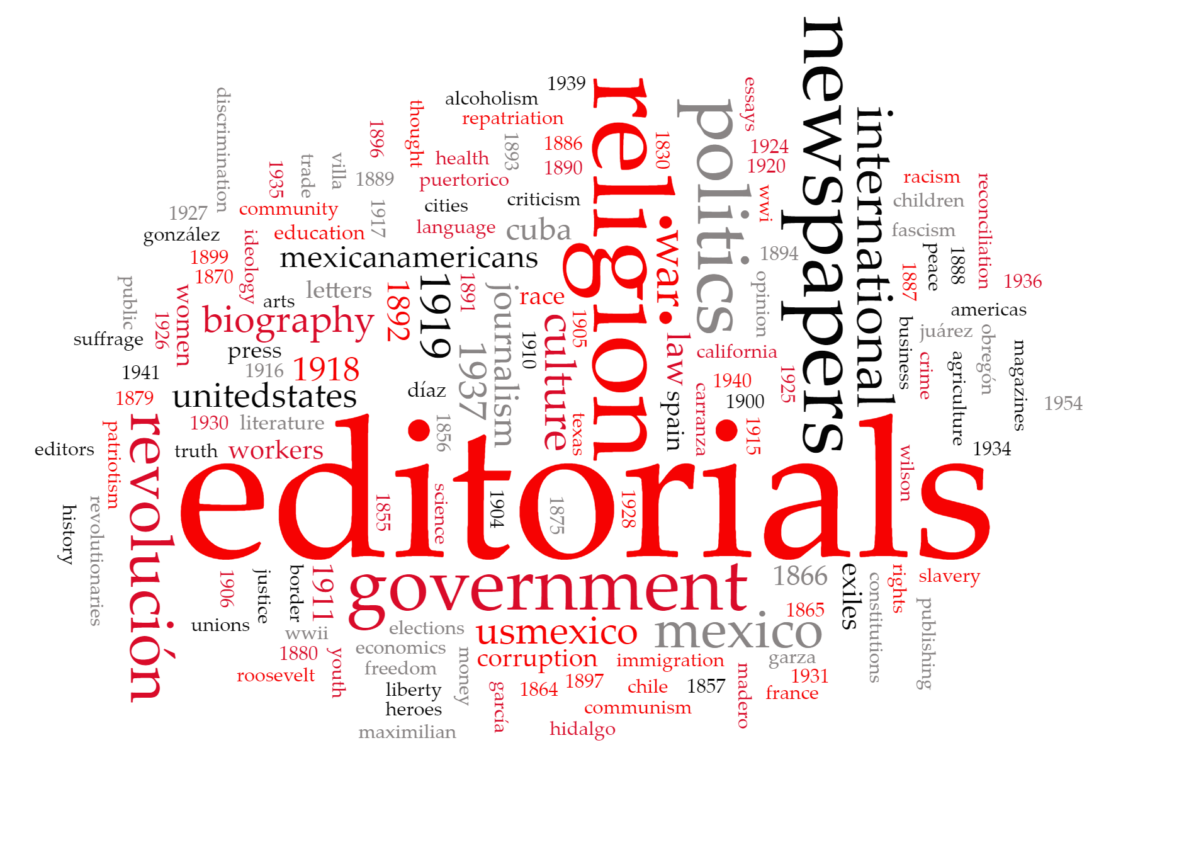 HOUSTON, TX–The University of Houston’s US Latino Digital Humanities (USLDH) Center announces the release of a comprehensive dataset on Editorials published in Hispanic periodicals. Since 1996 Recovering the US Hispanic Literary Heritage (Recovery) scholars and graduate students have worked on indexing newspapers at an article level to produce metadata in English and Spanish to facilitate discoverability for researchers. The output is reflected in several datasets that speak of the diversity of the cultural, political and intellectual life of the Hispanic/Latina/Latino/Latinx community in the United States. 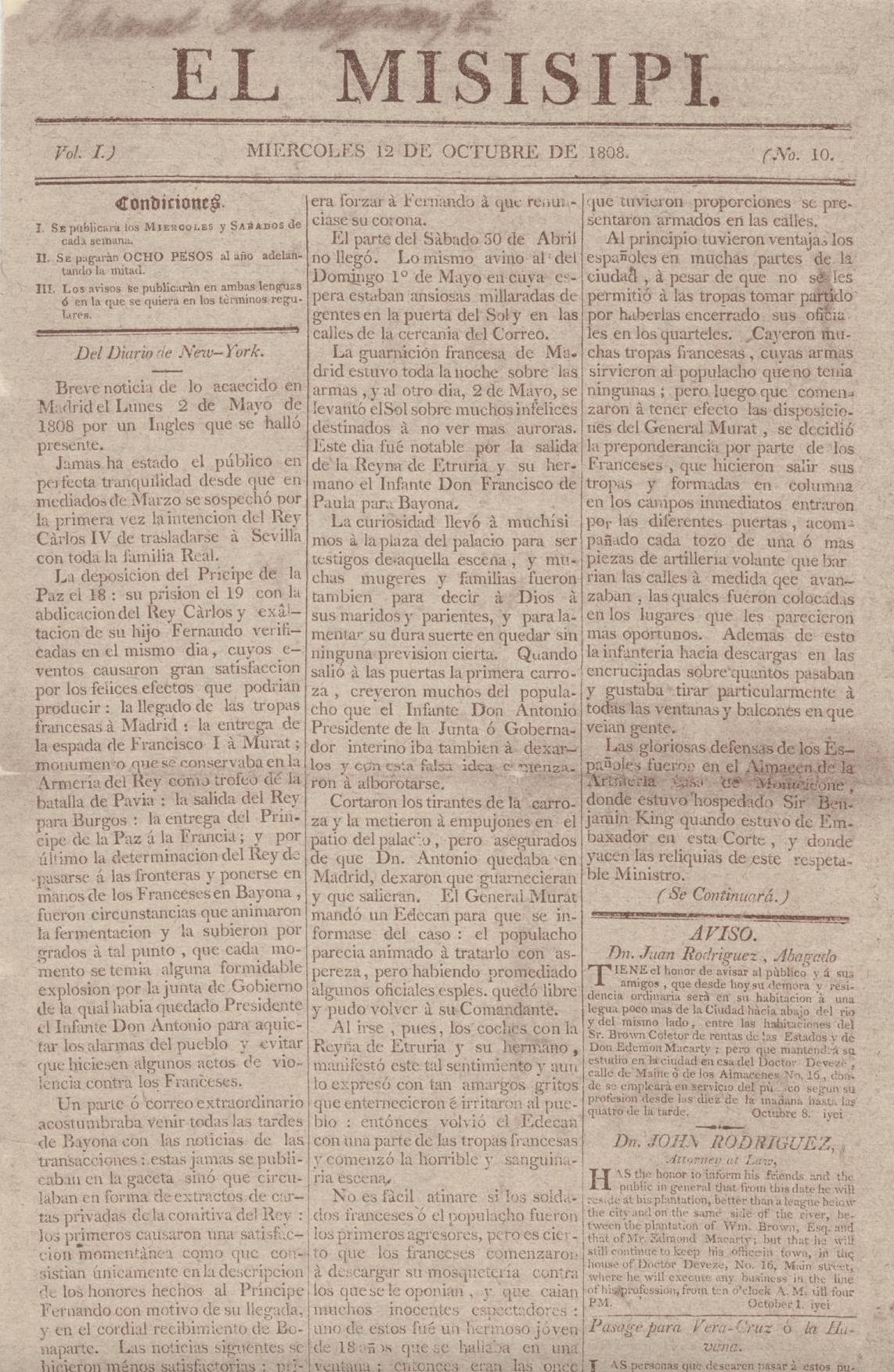 Out of 288 indexed periodicals, this rich dataset includes editorials and letters to the editor. This dataset demonstrates the breadth of topics represented in Spanish-language periodicals published in the United States between 1808 and 1960; some of the topics include politics, women’s rights, intellectual life and social conditions, among others. The dataset is hosted on the Cougar ROAR’s (Research Open Access Repositories) Dataverse Repository, a part of the larger Texas Data Repository, a statewide collaboration of Texas higher education institutions.

Recovering the US Hispanic Literary Heritage (“Recovery”) is an international program to locate, preserve and make available Hispanic/Latina/Latino/Latinx  culture of the United States in its written form since colonial times until 1980. The program has compiled a comprehensive bibliography of books, pamphlets, manuscripts and ephemera produced by Hispanics/Latinas/Latinos/Latinxs. The holdings available at the program include thousands of original books, manuscripts, archival items and ephemera, a microfilm collection of approximately 1,400 historical newspapers, hundreds of thousands of microfilmed and digitized items, a vast collection of photographs, an extensive authority list and personal papers. In addition, the program has published or reprinted more than 45 historical books, two anthologies and ten volumes of research articles. The program organizes a biennial international conference and has thousands of affiliated scholars including librarians, archivists and community members. Recovering the US Hispanic Literary Heritage is the premier center for research on Latino documentary history in the United States.

The USLDH Center is a first-of-its-kind program that gives scholars expanded access to a vast collection of written materials produced by Latinas and Latinos and archived by the Recovering the US Hispanic Literary Heritage (“Recovery”) program and UH’s Arte Público Press, the nation’s largest publisher of contemporary and recovered literature by Hispanic authors from the United States. They also produce digital scholarship in the form of visualizations, datasets, digital collections and exhibits. The Center is supported by a grant from The Andrew W. Mellon Foundation.

The dataset portion of this research project was generously supported by the Mellon Foundation. Data scrubbing and Cougar ROAR support were provided by Paige Morgan (University of Delaware Library, Museums & Press) and Reid Boehm (University of Houston Libraries). The dataset can be accessed via https://doi.org/10.18738/T8/Z3QBIQ. 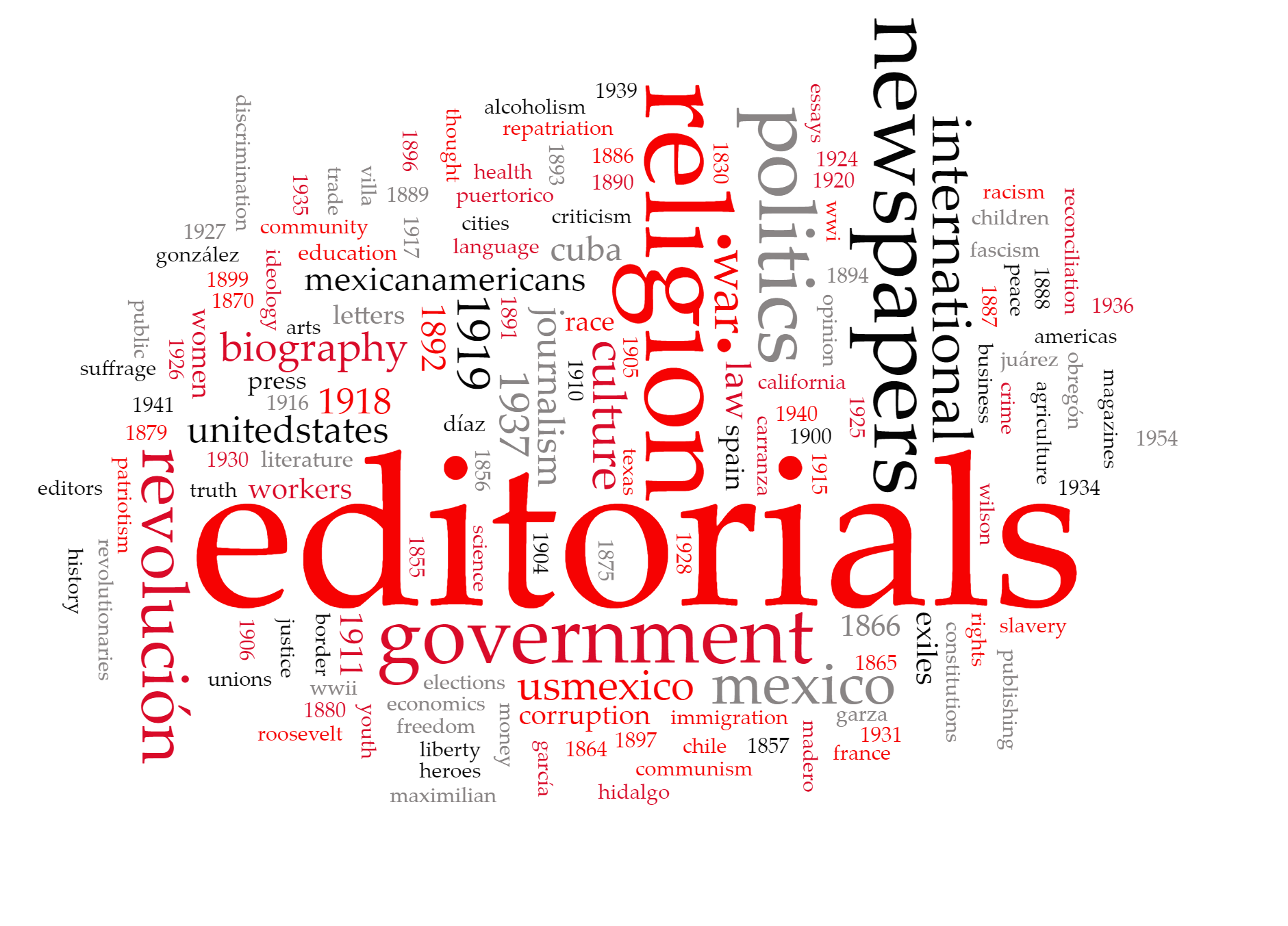