HOUSTON, TX—Long-time Arte Público Press supporters Dr. Augustina “Tina” Reyes and Dr. Michael Olivas, both retired University of Houston professors, have donated the funding to create an endowment in support of a new book award to inspire first-time Latino authors of books for children or teens.

Dr. Olivas chaired the press’ advisory board for a decade and published two scholarly books with Arte Público, and Dr. Reyes has worked to introduce immigrant and migrant children to Arte Público’s books. “We feel our love and dedication to UH are aligned with the goals of the Press, and we hope our gift will not only recognize budding authors but will provide longstanding financial support.”

The couple donated $80,000 to create an endowment to support the award, and they intend to raise an additional $45,000 to ensure a $5,000 prize can be given annually to debut authors using endowment interest. “We call upon our many friends and colleagues at UH and throughout the country to consider giving to Arte Público. We are blessed to be in a position to give and urge others to do so as well.”

Passionate about raising up their Hispanic heritage and the education and well-being of the country’s largest and fastest-growing “minority” population, the couple feels it is critical for children to see themselves in books. “At a time when politics have brought libraries and teachers under fire, it is more important than ever to step in and encourage support for reading education, including the wide array of children’s literature by and from our community.”

The Reyes-Olivas Award for Best First Book of Latino Children’s and Young Adult Literature seeks to stimulate the work begun by Arte Público Press and its imprint, Piñata Books, which is dedicated to the publication of children’s and young adult literature that authentically and realistically portrays themes, characters and customs unique to US Hispanic culture. In addition to the publication of the book and royalties from sales, the winning author will receive a $5,000 prize. 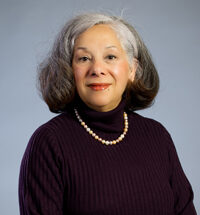 Dr. Augustina “Tina” Reyes, Professor Emerita in Educational Leadership & Policy Studies in the College of Education, is an expert in urban educational leadership in environments with diverse populations. Her research—on issues such as language and race, the roles and responsibilities of principals in high-poverty and one-race schools and Latino immigrant children and public policy—has been widely published. She has edited special issues of the Association of Mexican American Educators Journal, on equity for Latinx students, and Education Sciences, on urban city schools. She is the author of Discipline, Achievement, and Race: Is Zero Tolerance the Answer? A Review of Anti-Zero Tolerance (Rowman & Littlefield, 2020). 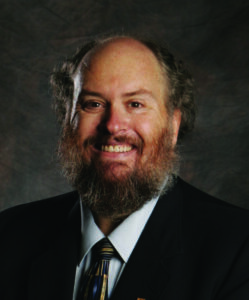 Dr. Michael A. Olivas is the William B. Bates Distinguished Chair of Law (Emeritus) at the University of Houston Law Center. He is the author or co-author of sixteen books, including Suing Alma Mater: Higher Education and the Courts (Johns Hopkins University Press, 2013), No Undocumented Child Left Behind (NYU Press, 2012), The Law and Higher Education (Carolina Academic Press, 2006), “Colored Men” and “Hombres Aquí”: Hernández v. Texas and the Emergence of Mexican American Lawyering (Arte Público Press, 2006),  Prepaid College Tuition Programs (College Board, 1993), Latino College Students (Teachers College Press, 1986) and The Dilemma of Access (Howard University Press, 1979). He is the editor of In Defense of My People: Alonso S. Perales and the Development of Mexican-American Public Intellectuals (Arte Público Press, 2013). He also served as Interim President of UH-Downtown.

Arte Público Press is the nation’s largest and most established publisher of contemporary and recovered literature by US Hispanic authors.  Its imprint for children and young adults, Piñata Books, is dedicated to the authentic portrayal of the themes, languages, characters and customs of Hispanic culture in the United States. Books published under the imprint serve as a bridge from home to school to support family literacy and elementary school education. Based at the University of Houston, Arte Público Press, Piñata Books and the Recovering the US Hispanic Literary Heritage project provide the most widely recognized and extensive showcase for Hispanic literary arts and creativity.