HOUSTON, TX June, 2018—Evangelina Takes Flight  by Diana J. Noble and Agua, Agüita / Water, Little Water by Jorge Argueta with illustrations by Felipe Ugalde Alcántara are recipients of the Skipping Stones Honor Award from Skipping Stones: An International Multicultural Magazine. Founded in 1988, Skipping Stones is a timely and timeless award-winning resource in multicultural and global education. It welcomes art and original writings in every language and from all ages. A total of 33 titles were selected to receive this year’s awards. 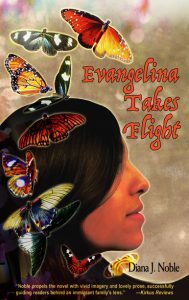 Named a Junior Library Guild Selection, Diana J. Noble’s moving young adult debut, Evangelina Takes Flight, introduces teens to the tumultuous times of the Mexican Revolution and the experiences of immigrants, especially Mexican Americans, as they adjust to a new way of life. It is also the recipient of the following awards:

DIANA J. NOBLE is a native of Laredo, Texas, and currently lives with her family in Seattle, Washington. Her historical middle-grade novel is based on the life of her paternal grandmother. 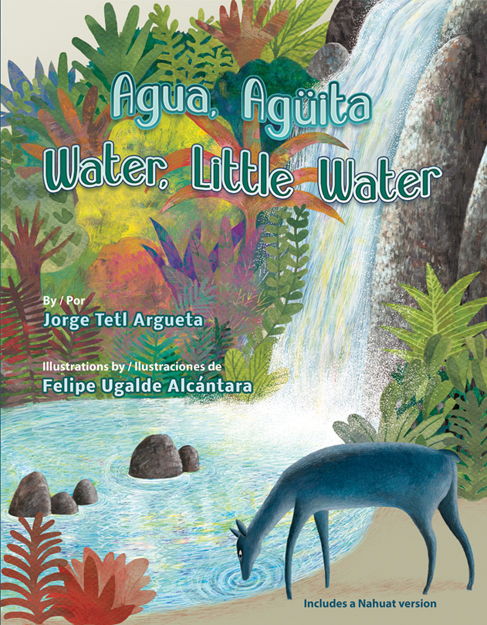 Agua, Agüita / Water, Little Water, Jorge Argueta’s picture book with stunningly beautiful illustrations by Felipe Ugalde Alcántara,  is told in English, Spanish and Nahuat (the language of Argueta’s Pipil-Nahua ancestors in El Salvador) and traces the life cycle of water from the perspective of one droplet, depicting the mountains, rocks, vegetation and animals of the natural world.

Named a Junior Library Guild Selection, the book received a starred review from School Library Journal, which called it “a lyrical journey through the water cycle, sure to inspire the imaginations of young readers and listeners.” Kirkus Reviews said it was “sure to spark conversations … about water, its cycle, and life-giving importance” and Booklist praised Ugalde Alcántara’s illustrations as “beautiful landscape[s] painted in vibrant blues, pastel greens, and bright reds.”

poema para cocinar / A Cooking Poem (Groundwood, 2016) and Somos como las nubes / We Are Like the Clouds (Groundwood Books, 2016), which won the Lee Bennett Hopkins Poetry Award and was named to USBBY’s Outstanding International Book List, the ALA Notable Children’s Books and the Cooperative Children’s Book Center Choices. He lives and works in San Francisco, California.