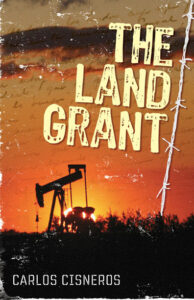 ForeWord Reviews has announced its 2012 Book of the Year finalists, and The Land Grant by Carlos Cisneros made the cut in the Thriller and Suspense category. The Poet Upstairs by Judith Ortiz Cofer with illustrations by Oscar Ortiz was named a Children’s Picture Book finalist.

ForeWord Reviews, a quarterly print journal established in 1998, is dedicated to exclusively reviewing independently published books to provide booksellers, librarians, agents, and publishing professionals with reviews of the best titles from small, alternative and academic presses. Representing more than 700 publishers, the finalists were selected from 1300 entries in 62 categories. ForeWord’s Book of the Year Awards program was created to highlight the year’s most distinguished books from independent publishers. Award winners are chosen by librarians and booksellers. 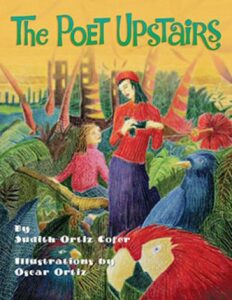 Carlos Cisneros’s The Land Grant picks up where his acclaimed debut novel, The Case Runner, left off. Attorney Alejandro Del Fuerte is asked to take over the prosecution of a case involving a Spanish land grant. Set against the vibrant background of the Texas-Mexico border region, Cisneros depicts a world where greed and corruption run rampant in legal, political and even religious circles.

Judith Ortiz Cofer’s lyrical story is combined with Oscar Ortiz’s breathtaking illustrations of the natural world inThe Poet Upstairs, which The Children’s Bookshelf called, “an amazing tribute [that] introduces young readers to the importance of words and the power of writing.”